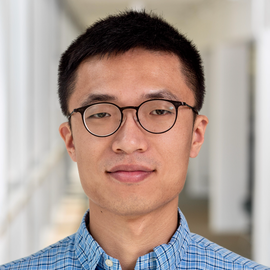 I am a Postdoctoral Associate in the Leitner Program of Political Economy, MacMillan Center, Yale University. My research focuses on business-government relations, bureaucracy, good governance, and authoritarian politics with a regional interest in China. Methodologically, I am interested in the “Big Data” analysis of state-business relations. For my dissertation and other research projects, I develop automated methods for collecting and matching extensive administrative data and create two original databases: the Chinese Revolving-Door Officials Database and the Chinese Public-Private Partnership Database.

My research has been funded by institutions including National Science Foundation, Google Cloud Platform, Chiang Ching-Kuo Foundation, and other research grants.

You can reach me via email: zeren.li@yale.edu.

Scholars contend that in a weak institutional context, firms enter the political marketplace primarily through bribery or entrepreneurs running for public office. My dissertation challenges this conventional understanding by arguing that revolving-door channels have become a prevalent means of rent-seeking when within-government career opportunities are rare for public officials and the private sector is profitable. This dissertation proposes a theoretical framework for understanding the emergence of revolving-door officials in authoritarian regimes and tests this framework through a rigorous inquiry of firms in China. The three papers that constitute this work analyze the pattern, formation, and economic outcome of hiring revolving-door officials. I show the distortionary impact of post-government career concerns on public resource allocation, a mixed revolving-door recruitment strategy adopted by firms seeking both political power and regulatory expertise, and the salient signaling effect of revolving-door connections on financial investors.

Connections as Liabilities: The Cost of the Politics-Business Revolving Door in China

The Last Strike: Evaluating the Distortionary Effect of Career Incentives on Taxation in China

The Decline of Factions: The Impact of Purge on Political Appointments in China

Information Gathering within Bounds: Analyzing the Legislative Process in an Authoritarian Congress

Why Do Firms Hire Politicians: Evidence from Chinese Revolving-Door Officials

The Chinese Revolving-Door Officials Database contains extensive demographic and career information of over 15,000 government officials who serve on the board of all Chinese publicly listed firms since the 2000s. The database is consist of three parts: